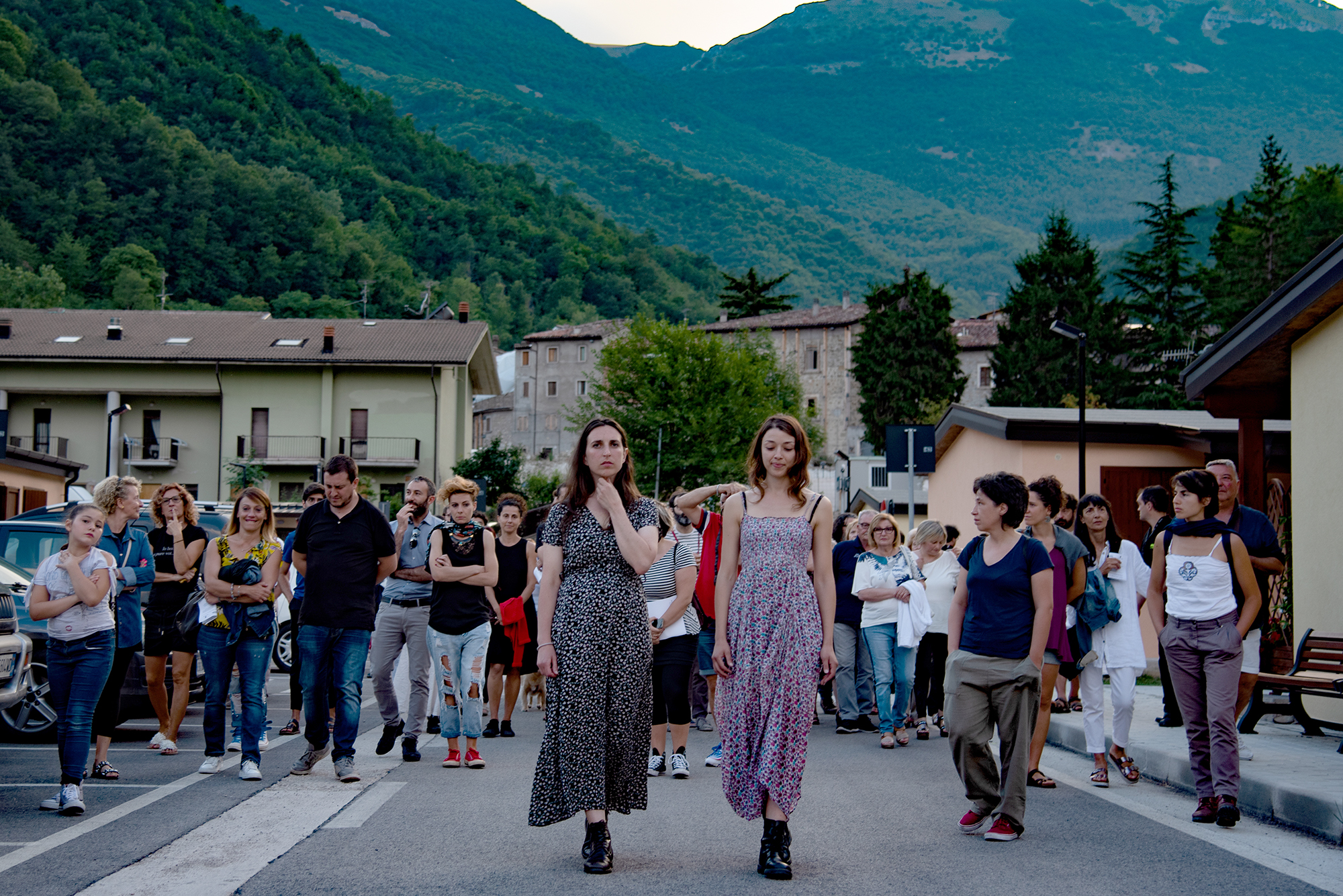 Born with the intention of countering the negative consequences of the earthquake that has compromised the survival of the anthropological model of the communities in the hinterland.

The Piceno territory, and in particular the areas most affected by the earthquake, were initially the subject of a study to identify the areas in which the enhancement processes could be triggered.

These spaces will be given new life by 11 young creatives from all over Italy who will be involved in Urban Ateliers of Performing Art, Lighting Design and Contemporary Music and in constant dialogue with the local communities.

The performances and installations of Invasioni Contemporanee, realised in the municipalities of Castignano, Arquata del Tronto, Montegallo, Offida and Acquasanta Terme, are the result of a process of knowledge and dialogue with the territories and their inhabitants. An intense and passionate process that was returned to the communities over the last two weekends in July (more info on the event page).

To further strengthen the link with the territory, urban narratives were also created using the technique of community storytelling. Original and engaging stories that will accompany tourists and citizens to rediscover places, revealing their peculiarities, anecdotes and secrets.

The first edition in 2019 saw the participation of over eight hundred visitors to the earthquake sites, thirty artists from all over Italy and the creation of site-specific performances.
What happened in Acquasanta Terme, Arquata del Tronto, Castignano, Montegallo and Offida during the course of the project is not easy to recount, to give back to those who did not experience it directly, both for the complex articulation of the interventions and for the emotional dimension they generated.

It has been an intense and profound adventure involving over thirty artists, eight local partners and, above all, many ordinary people, citizens of communities that have been hard hit but are still eager to welcome, to tell their stories and to care.

The second edition of the Festival Invasioni Contemporanee was compromised by the ongoing pandemic emergency, but both promoters and artists did not abandon those territories, and they were “invaded” once again with art and creativity to give an important sign of restart and rethinking.

The 2020 edition was digital, and therefore very different from the previous one, allowing us to be present in the territories even if from a distance, guaranteeing the safety of the artists and citizens and hoping for a return to normality for the 2021 edition.

This edition has been enriched by the reflections of important representatives of the world of culture and creativity and by new artistic contributions made by visual and digital artists and sound designers.

Visit www.invasionicontemporanee.it to see the full video of the 2020 edition.

Contact Maura Romano, Director of the Festival and Head of the Creative Local Development Area, for further information on the initiative and to collaborate on future editions.

Watch here all the videos made as part of the project to relive the emotions of the artistic performances and the places where they took place.

Scopri anche
Stories behind Cities
Melting Pro
is a cultural enterprise
founded by seven women
with a common goal
to encourage
access to
CULTURE
Why?
arts and culture
are essential to the well-being of
people and communities
To have such impact
cultural organizations and professionals
need to open up, connect and grow